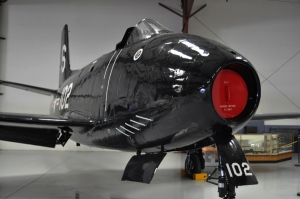 Located down Euclid Avenue in Chino, the Planes of Fame Air Museum is a great place to visit for anyone interested in any aspect of aviation. 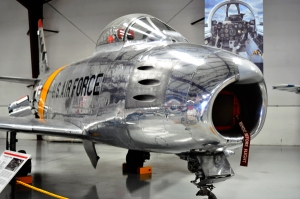 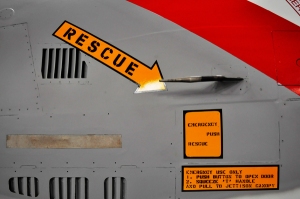 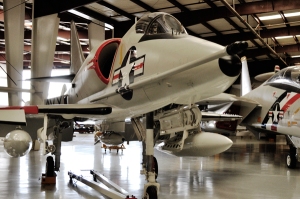 The hangars contain many unique and rare aircraft, from both military and civilian history. Among the war-era planes are American Corsairs, German Fokkers and Japanese Zeroes. Some of the civilian planes have a rich history as well, being used in many motion pictures over the years. Some are static replicas, while others are fully operational and used in air shows. 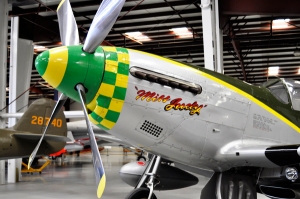 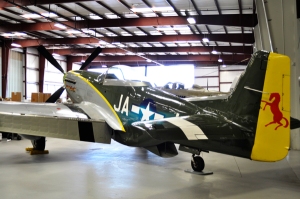 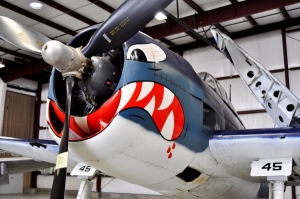 There is a gift shop in the main building but no on-site restaurant (but Flo’s Airport Café is nearby). This was a very fun and enlightening way to spend an afternoon and I highly recommend it! 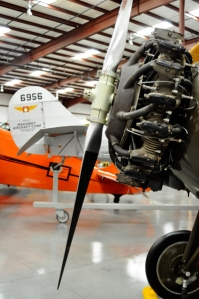 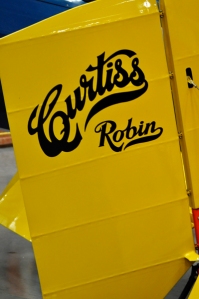 My Dad says that the yellow plane above was the first plane he learned to fly on.  Well, not the EXACT plane, but that was the type of plane he learned on – an SNJ.  He was a fighter pilot for the Marine Corps!

This friendly looking little plane above is actually quite sinister.  It is called “Ohka”, which means “cherry blossom” in Japanese.  A very pretty name, but very deceiving.  This plane was used near the end of World War II by the Japanese military.

The Ohka plane got the nickname “Baka Bomb” from U.S Sailors.  “Baka” means “fool” or “idiot”.  The reason it go this name is because these tiny planes were actually manned kamikaze rockets.  They were released from bombers and the pilot would glide toward his target and then fire his rockets when he got close enough in order to crash and explode into his enemy.

It’s a pretty grim proposition.  Wikipedia has more about this plane: http://en.wikipedia.org/wiki/Yokosuka_MXY7_Ohka

On a much lighter note:

Overheard in the Air Museum, as told by Josh Reese, Mary’s Dad (WARNING – this is not a dirty joke, but there is a play-on-words involved that may be awkward to explain to a kid.  Just so you know!): 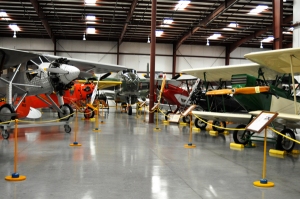 Interviewer: So Mr Stanczewski, I understand that in 1943 you shot down five German aircraft in a single engagement. Could you tell us what happened?

Polish Fighter Pilot: One day I was protecting our bombers and suddenly, out of the clouds, these fokkers appeared. I looked up, and right above me was one of them. I aimed at him and shot him down. They were swarming. I immediately realized that there was another fokker behind me.

Interviewer: I should point out for the benefit of the viewers at home, that the Fokker was a type of German aircraft used in the war. 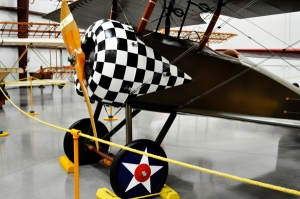 Polish Fighter Pilot: No, no, no – these fokkers were Messerschmitts! 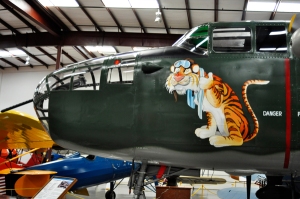 Note 1:- Readers in the UK will no doubt remember this as the joke that caused Des O’Conner’s TV show to be cancelled, after Stan Boardman told it live, on prime-time television – with Des looking on, horrified. 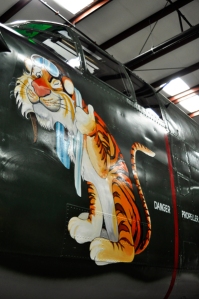 Note 2: American readers, who are accustomed to “Polish” jokes, may be expecting this to be an anti-Polish joke which depicts Polish people as stupid. It’s not. In fact, the stereotype of Poles in England is probably very different to that of the US, since the main thing that people think of in the UK – when they think of Poles – are all the Polish airman who fought for the RAF in the Battle of Britain, and the Polish paratroopers who fought at Arnhem.

Thanks to this website for the notes about this joke:
http://www.criticalmiss.com/issue9/index.html